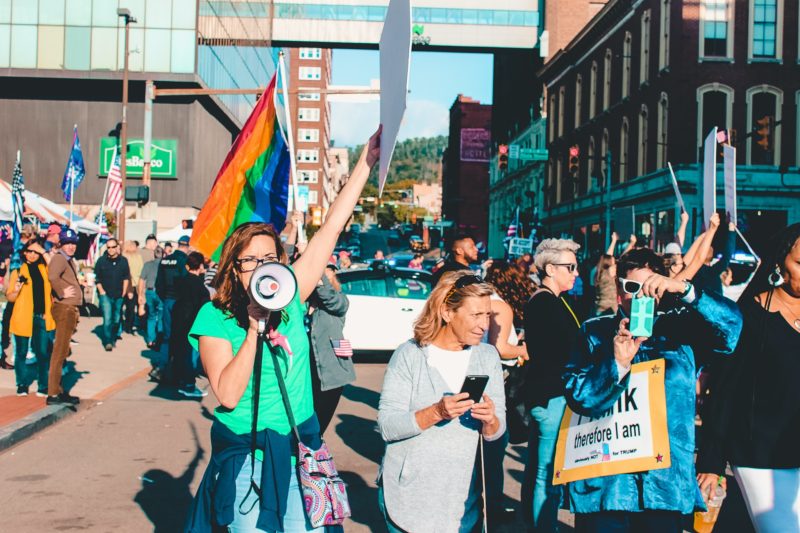 What Can I Do with a Bachelor’s in Political Science?

Political science as a potential college major often means the student has aspirations of securing a government job in public office. Political science students will study the subjects needed to understand how various government agencies operate and how these organizations were first founded. Along with understanding the underlying structure of national and international governments, political science majors study methodologies, social movements, legal issues, and ethics. The graduate will know how to communicate effectively with the public and the media. Political science degree tracks provide a well-rounded education for those who desire a public career.

Should I Get a Political Science Degree?

Common queries of prospective students who plan to pursue a political science degree include:

What is political science?

What is political science about?

Political science is about how governments operate. Governments have evolved over time and its important for future representatives to know what policies worked in the past and what policies failed. Courses not only delve into current government organizations, but also historical types. As an example, American politics will begin with the course examining the formation of the government during the colonial period. Political theory is a normal requirement within a political science degree program. Within political theory, students learn about the importance of government and how government influences human behavior. American government and politics are a standard part of curriculums, but students also learn about international governments. International political science subjects will focus on building relationships between foreign entities. International courses may narrow in on a certain country’s government formation and current regulations.

What is a degree in political science for?

To get started in a lucrative government career, a bachelor degree is a solid start. Many government jobs have a minimum requirement of a four-year degree in political science. Students have the option to attend accredited programs held virtually or on campus. Accelerated options could be offered, but standard political science bachelor degrees take an average of four years to complete when attending full-time. For part-time students, a bachelor degree program could take longer, up to six years if five classes or less are completed each year.

Keep in mind that not all online colleges follow traditional semester schedules. As one example, self-paced online political science degrees allow the student to choose how long class completion takes. Instead of courses lasting months, each class period may occur every four to six weeks. Online colleges also normally operate year-round. This gives students the chance to take classes during traditional breaks, such as the winter and summer.

The physical location determines the regional accrediting agency, even if the college provides political science degree online programs. As an example, the New England Association of Schools and Colleges provides accreditation for universities located in New Hampshire, Rhode Island, Connecticut, Maine, Massachusetts, and Vermont. Another key benefit of attending an accredited college is most federal loan and grant programs require regional approval for students to receive any funding. Any scholarship sponsors may also require that the student attends an accredited degree program National accreditation is rarer for political science bachelor degree programs. Trade schools often obtain national accreditation as well as select online colleges. Check the status of a regional accredited college prior to admissions. Colleges are required to apply for renewal status on a routine basis.

Although accreditation through these organizations is beneficial, they are not a requirement for an online political science degree. The perk of choosing programs with these accreditations is that students know that the curriculum meets the standards needed to remain competitive in today’s job market. Research the organization to determine what rules they use to accredit a political science degree.

American Politics– An American politics specialization looks at the historical and current organization of the U.S. government. The student not only finds out about the chains of command, but also researches public service, the media, and legal systems.

Political Theory– When a student specializes in political theory, he or she researches the core premises of legal and political systems. A closer examination is given to the meanings behind government control, authority, and social justice.

Public Policy– Students interested in becoming lobbyists or policymakers, normally choose to specialize in public policy. The students learn about how policies within a government are created and what it takes to repeal these policies. Federal policies are examined during this specialization as well as local and state policies.

For both in-person and online political science degrees, a total of 120 credits is normally required for graduation. For traditional programs, degree completion usually takes four years. At some colleges, accelerated programs allow the student to graduate in a shorter timeframe. Approximately half the credits needed for bachelor degree graduation are from general education classes while the other half derive from core courses, electives, and an internship.

Many graduates will go on to graduate school to obtain a master’s degree.

Global Policy Making Certification-For this certification, the enrollee focuses on laws in different countries and how policies are formed in these regions.

Local Government Leadership Certification-Any student planning to secure a position within his or her municipality should consider this program. The courses within the certification aim to develop the skills needed to improve a town’s economic and social performance.

Human Rights Certification-This program was developed for political science majors who plan to work as lobbyists or activists. The certification concentrates on the effect social movements can have on government policies.

For most positions, a license is not needed. However, if the political science major pursues careers in education or law, requirements change. For instance, political science teachers need valid licenses in their states. Paralegals and lawyers are also usually required to obtain a state license.

Public Relations Specialist-With a bachelor degree in political science, graduates could work as a public relations specialist for government officials, businesses, and celebrities. The specialist looks for ways to improve public image and bury negative press.

Paralegal-A bachelor degree in political science qualifies the person to pursue a job as a paralegal. Paralegals conduct interviews and perform research on behalf of a legal team. Political science graduates can enter law school and eventually practice as an attorney.

Consultant-Many individuals who run for office rely on the advice of political consultants. Political consultants make recommendations on how to best manage a campaign and research voting trends. A campaign manager is a type of consultant that organizes the marketing for a government candidate.

Government Official-Those who wish to run for any type of public office will usually have a background as a political science major. Some government positions require the person to be elected through public voting.

Lobbyists-Lobbyists are typically hired by private businesses. Their role is to appeal to government officials to make policy changes that benefit the lobbyists’ clients. Lobbyists often ask for tax breaks and grants to improve finances for large-scale industries such as banks and construction unions.

A degree in political science salary depends on the position secured after graduation. Entry level positions may have a lower starting salary for political science degree holders, but provide the potential for advancement. The most lucrative careers typically occur within private businesses. Taxpayers determine the salary of government officials with certain positions being capped. However, the benefits of a government position should also be carefully considered. Government jobs provide job security, superior health benefits, retirement plans, and guaranteed wages.

An attractive political science bachelor degree salary is usually held by those who go into public relations. According to the Bureau of Labor Statistics (BLS), the average salary of a public relations specialist is $61,150. Public relations managers earn an even higher wage with an average of more than $77,000 per year.

A salary for political science degree graduates who choose a career in consultancy can also be enticing. Consultants, including campaign managers, make an average of $73,000 annually. Those who run large-scale campaigns or who manage fundraising efforts for government officials tend to make a very high salary. The Bureau of Labor Statistics report fundraising managers have a national average salary of $116,180 per year.

The salary range for government officials has a large range. At the highest level is the President of the United States with an annual salary of $400,000. Senators and representatives earn around $170,000 annually. For all other government positions, the national average is $52,000.

Lobbyists earn a very generous salary since they represent the interests of private companies. On average, a lobbyist will earn more than $112,000 each year. However, some top lobbyists in Washington DC have a salary in excess of $200,000.

A number of factors determine the average salary for political science majors. One of these factors include the location of the job. As just one example, paralegals earn the highest wages in Colorado, California, Massachusetts, and Washington, according to the Bureau of Labor Statistics. These states pay in excess of $60,000 per year. Metropolitan areas are also known for paying higher mean wages. For instance, fundraising managers make the most in New York City, Washington DC, Los Angeles, San Jose, and Denver. Average salaries in these metro areas are in excess of $148,000 per year.

The following are current professional organizations for political science students and graduates:

The Association for Political Theory (APT)

10 Most Affordable Bachelor’s in Political Science