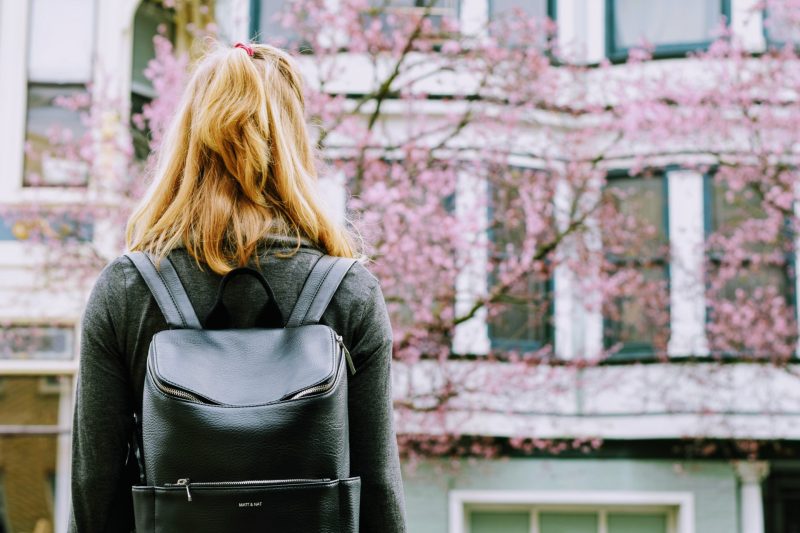 Learning the lingo and grammar for talking about academic degrees can be tricky. Many face the conundrum of picking between “bachelors” and “bachelor’s” when describing their undergrad program. Even after actually earning the degree, you may be stumped. Well, the correct term to write or speak would be “bachelor’s.” The plural form of bachelors is only applicable when you’re talking about a group of graduates who have finished the degree. In another context, bachelors could also describe eligible, unmarried men looking for love. Whenever you’re referring to a general undergraduate degree, bachelor’s is the right term.

Check out the top bachelor degree programs in our rankings. Have an associate degree? Check out degree-completion programs.

Why is “Bachelor’s Degree” Correct?

According to Associated Press Style and Chicago Manual guidelines, using the lowercase form with an apostrophe for bachelor’s degree is proper English. The term must suggest possession because the degree belongs as property to a student. The degree belongs to you. In cases where bachelor’s degree is too long, in general terms bachelor’s is sufficient. Let’s clear up any misunderstanding with some examples. Here are some grammatically correct sentences (punctuation marks matter!):

Writing that someone holds a bachelor’s degree is appropriate for establishing their credentials. AP Style and the Chicago Manual prefers using this generic phrase rather than listing the degree’s full name. The same holds true for a master’s degree. Graduate schools offer master’s, not masters degree programs. Again the apostrophe helps display how students possess the degree. However, please note that two-year undergraduate programs hold the exception. Saying associate degree (the lowest degree) is correct here.

Where Does the Term “Bachelor’s” Degree Come From?

The use of the word bachelor for an advanced educational degree is a distortion of the word “baccalarius” and has its origins in medieval Latin. The word bachelor has been in use since at least the 12th century and has evolved over time to its current use for describing four-year academic degrees earned from a university. It’s one of those words that has been strongly associated with the male gender since its origins but has evolved to become an almost generic term for anyone who’s earned a four-year degree from a university. Many, but not all, professional fields expect to see a bachelor’s degree in a relevant field listed on an applicant’s resume, further diluting the gender specificity of the word bachelor.

The exact time period for the origin of the word bachelor isn’t known, but it’s accepted that it came into common use in the 1100s and started somewhere in Europe, possibly France. It was used during the height of the feudal system to describe someone who was of low rank inside a given hierarchy. A single male with little to no wealth or possessions and was starting out in a profession was called a bachelor. The demands of the profession meant that there was no time to find a wife, so the man stayed single until he was able to rise up the ranks in a guild or knighthood and have more spare time. Its use didn’t cross over to scholastic endeavors until the 13th century and was still primarily in use in Europe.

Somewhere around 1300, the use of bachelor as a word to describe knights of low rank crossed over the English Channel and into the lexicon of British speakers. However, France was ahead of Britain in using the word in the 1200s to denote someone pursuing their undergraduate studies. The use of the word bachelor was accepted for describing a single man who was in the early years of learning their profession as well as describing a student who was beginning their undergraduate studies. A student who earned their baccalaureate degree would then move on to earn their master’s degree and show the world at large that they had mastery in their chosen profession.

It wasn’t until the Victorian era of the mid-to-late 1800s that the word was purloined for use as a generic term for an unmarried man. In fact, the word gained a bit of a racy connotation because an unmarried man who was considered eligible for marriage was sometimes seen as something of a rake. To put that in modern terms, a bachelor could court as many ladies as he liked at once without much disapproval from polite society. It was assumed he’d eventually give up his rakish ways and settle down in marriage.

Bachelor’s degrees are still described as baccalaureate degrees, but the use of this word is secondary to bachelor’s. More specific terms like bachelor of science describe the type of degree. The use of the word bachelor’s for academic degrees has been in place for hundreds of years and it’s used to describe undergraduate degrees around the world. The original “low” use of the word makes for an interesting contrast when considering the modern-day importance of earning a bachelor’s degree.

How Did a Bachelor’s Degree Become So Important?

Many professions, such as computer science, engineering, medical, law, education, and accounting have historically required people to undergo education or extensive training processes prior to being allowed to enter their field at the lower levels of employment, such as a business administration degree, bachelor of arts, or bachelor of science. Other white-collar professions would start promising junior members in positions such as the mailroom and let them observe how the job was done as they did their rounds. The trope of starting professional employment in the typing pool or mailroom is based in fact and was the result of employers having a willingness to educate their employees internally instead of expecting them to go to school right away. Sometimes an employee had a degree but still had to start in the mailroom to prove themselves. Degree programs took the place of that on-the-job training.

The K-12 educational system is another source of emphasis on earning a bachelor’s degree. Parents put an extraordinary effort into getting their children into the best schools to give them a competitive advantage when it comes to applying to the best universities. Students who can gain access to prestigious schools and graduate with a bachelors are poised to reap the benefits of the alumni network and name recognition by employers. It’s natural for parents to want the best for their kids, and that now includes getting a bachelors degree at the very least in a high-paying field. And then, often, moving on to a master’s degree or doctoral degree. Obviously, some jobs require a doctorate or doctoral degree to begin with. Doctorate degrees are becoming common in all fields, even business, where doctoral degrees were once unheard of.

Should Bachelor’s Degree Be Capitalized?

According to the Associated Press Stylebook and the Chicago Manual, the word bachelor is capitalized and not capitalized depending on its use. You don’t capitalize the word when you’re using the word in a general sense for general references. That’s true of all the degrees. For example, the sentence “Jane went to Smith University to get her bachelor’s degree” uses the word as a generality. There’s nothing that specifies the major she’s pursuing, or if it’s an art or bachelor of science degree. The lower case is also appropriate when the word is used on its own. Bachelor’s is capitalized when used to specify the full name of a degree. That means you type out Bachelor of Arts, Bachelor of Fine Arts, or Bachelor of Science in Nursing with upper case letters since it’s a specific degree. Abbreviate degrees logically: BA, BS, BSN, BBA, etc.

Only in the strictest sense of the word and its use. If you’re using it to refer to a single man, the word is gender-specific. It’s also gender-specific when looked at from a historical point of view, as colleges and universities were attended primarily by men for centuries. It wasn’t until the 1800s that women started to be accepted into higher education for professions other than teaching and nursing, and women didn’t typically pursue bachelor’s degrees in large amounts until the 20th Century. Women now make up more than half of all students earning bachelor’s degrees in the U.S., but this has only been true for the last 40 years.

Changing the use of the word bachelor’s to describe an undergraduate degree to something more gender-neutral may never happen. Millions of women have earned their bachelor’s degrees which has resulted in a kind of neutralizing of the use of the word. Society at large recognizes what someone means when they say they’ve earned a bachelor’s degree at X university or college, and nothing further is thought about the fact that a woman has earned a bachelor’s. Instead of being a gender-specific description, it has become a neutral way to describe a four-year degree.

Earning a bachelor’s degree is a major milestone in life, and millions of people have walked the stage to take their degree and hold their heads high. To take issue with a gender designation for a degree only diminishes the years of effort a student has put into earning a higher education. The use of the word bachelor to describe a degree is used in universities around the world, is highly established as a description, and almost no one thinks of someone who holds a bachelor degree to be of any other gender than the one they present as.

When Should “Bachelor” Be Used?

Most writing experts agree there’s one case where you should use the singular form of bachelor. This comes when you’re talking about a specific degree granted by a college or university, like a bachelor of arts or bachelor of science degree. A Bachelor of Business Administration degree, for instance, is its own degree type. Since it’s a degree’s full title, the word must be capitalized like a formal title. Avoid adding an apostrophe here. Capitalize only the official degree title but not the major. English is the exception because it’s a language and proper noun. So not “bachelor degree” but “bachelor’s degree.” Review the following accurate examples for clarification:

Does Anyone Even Use “Baccalaureate”?

There’s no difference between saying baccalaureate and bachelor’s degree. Both terms refer to the lowest academic degree granted at the university level. Baccalaureate is the original name first used in the mid-17th century when higher education prospered. It’s derived from the medieval Latin word “baccalaureus.” In the United Kingdom, baccalaureate can also be an examination given as a school performance indicator. The United States also offers International Baccalaureate (IB) diplomas to high school students undertaking advanced study.

It’s grammatically correct to write a sentence like “Amanda is receiving her baccalaureate from Princeton University,” though saying bachelor’s degree is more modern. Either of these options will reign supreme to mistakenly writing “bachelors.” Always remember the apostrophe unless you’re writing an actual degree title.

And remember, when it comes to graduate degrees, “master’s degree” is pretty much the same rules! (At least in American English.) You’ll need to know that when you move on to a graduate degree.

What Are the Top Paying Careers in Communications?

What Are The Highest Paying Business Degrees?

What Are The Easiest College Degrees For High-Paying Careers?