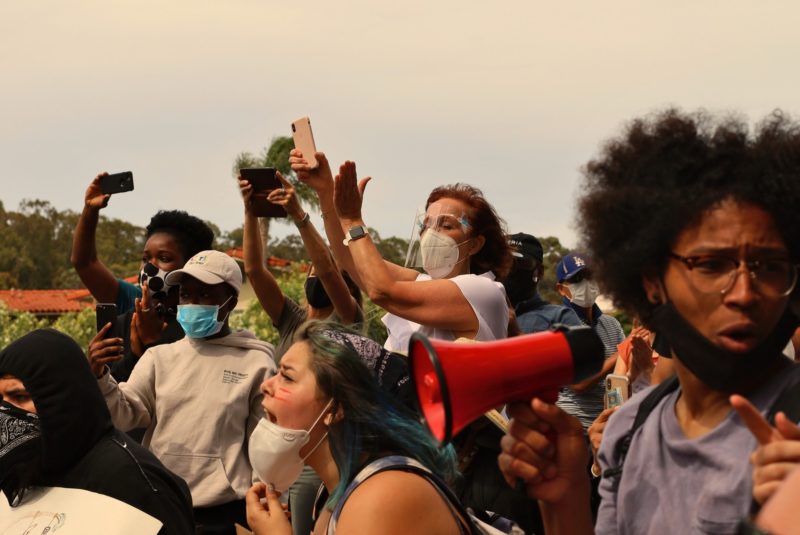 10 Most Affordable Bachelor’s in Political Science for 2021

Methodology: How We Ranked the Most Affordable Political Science Degrees

Bachelor’s Degree Center editors begin every ranking with respected, accredited institutions. But for the Most Affordable ranking, only one factor comes into play: tuition rate, according to current IPEDS data.

The BA in Political Science from Columbia College tops the list of the most affordable political science degrees. This program allows students to learn about government from both practical and theoretical perspectives. Students learn about equality and justice, democracy, the relationships between different branches of government, and the Constitution as it relates to the structure of government. Students also learn about political systems in other parts of the world, the way nations relate to one another, and the ways citizens participate in government around the world.

The History, Philosophy and Political Sciences Department at Columbia College teaches students to be responsible citizens while pursuing professional advancement, intellectual growth, and personal fulfillment. Students are prepared for whatever comes next after graduation, whether that is graduation, public service, or a career at a private corporation.

What We Like: This program available both online and on campus. Some online courses may be required in the on-campus programs.

The BA in Political Science from Thomas Edison State University is another of the most affordable political science degrees in the US. This program offers personal enrichment and prepares students for a potential career change or for graduate school. Students learn to analyze authority, study power within a society, and make a difference when it comes to influencing public policy. The curriculum provides a solid foundation in the liberal arts while fostering a deeper understanding of political science. Students learn the major forms of government, the structure of the US political system, and research methodologies for political science.

The Heavin School of Arts and Sciences takes an interdisciplinary approach to learning. The school caters to adult students who are interested in the social sciences, natural sciences, humanities, and liberal arts. Students complete a liberal arts education combined with in-depth learning in their areas of study.

What We Like: Students can customize their education by selecting 15 credits of political science electives.

The New College of Interdisciplinary Arts and Sciences combines the best features of a small-college experience with those of a top-tier research university. Students experience close relationships with faculty and peers, and the faculty produces ground-breaking research. Students come along for the ride, which provides opportunities for personal growth.

What We Like: Students offer use the degree as a precursor to law school or further study in urban affairs, public policy, public administration, or community development.

Next on the list of the most affordable political science degrees is the BA in Political Science from the University of Illinois Springfield. This program teaches policy making and applied teaching, with the goal of helping students find employment in the field. The curriculum takes advantage of the school’s location in the state capital of Illinois. Students learn the policy-making process and study policy issues such as education, healthcare, social welfare, criminal justice, agricultural policy, and environmental issues. Students learn how to analyze, draft, and advocate for changes to public policy.

The University of Illinois Springfield has been highly ranked among Midwestern schools by US News & World Report for the past 13 years. The school is committed to having a diverse student body where everyone feels welcome and included.

What We Like: There are internships available for students in the political science program.

Weber State University offers a BA or BS in Political Science that is one of the most affordable political science degrees in the US. Students learn the theories and ideas behind various political systems and learn how they work. The curriculum is customizable, so students can focus on the area of political science that interests them most, such as public administration or American political institutions. Students improve their critical thinking, reading, and writing skills as they work their way through the program.

The College of Social & Behavioral Sciences focuses on how people change, interact with one another, and why they act the way they do. Students develop close relationships with faculty members as they work on research projects and participate in extracurricular activities. There are options for study abroad and hands-on service learning. Students learn how to make a difference by being good citizens.

What We Like: Weber State University also offers a BA or BS in Political Science Teaching.

Indiana University Bloomington offers a BA in Political Science that teaches students why governments are needed and what issues are of fundamental importance in the political process. Students learn about relationships between various governments, control of governments, and the procedures and structures of governments. This program gives students the knowledge and skills they need to understand both domestic and international political systems. Students learn how to think critically about societal outcomes, public policies, and political controversies.

The College of Arts and Sciences caters to students who are ready to make a difference by inventing, creating, and exploring. The school produces innovative, inquisitive, and well-rounded graduates who make the world a better place. Students are free to pursue their passions and interests while learning the skills they will need to succeed in the workforce.

Lamar University offers a BA in Political Science that teaches students about government and how its decisions affect society. Students learn about the practices, institutions, and social and economic forces that influence government decision-making. The program is grounded in the liberal arts and teaches critical thinking and analytical skills as part of the political science curriculum. Students learn about their duties and rights as citizens. Lamar also offers a Bachelor of Science in Political Science, which focuses on research and social science methodology.

Lamar University is a fast-growing university with over 15,000 students. The schools is part of the Texas State University System and strives to keep its tuition low. Lamar has received national recognition for the quality of its curriculum at the bachelor’s, master’s, and doctoral levels.

What We Like: The Bachelor in Political Science at Lamar University prepares students for careers in public service, teaching, journalism, legislation, or law.

Troy University offers a major in Political Science that provides students with an understanding of how the current political climate has evolved. Students focus on studying past and current trends in order to understand how politics work. They learn about their rights and responsibilities and how to participate in the US political system. Required courses include the art of political science research, political theory, foundations in political science, world politics, and American national government. Students can choose a concentration in American politics or international politics.

The College of Arts & Sciences at Troy University is a community that works together to develop critical thinking skills, pursue knowledge, and gain an understanding of how society works. Students learn how to become active citizens who take their responsibilities and rights seriously.

What We Like: The school offers minors in political science, American politics, and international relations.

The School of Arts and Humanities shows off students’ talent and creativity through art exhibitions, theater productions, musical performances, and more. The school provides plenty of opportunities for students to enrich their lives through guest lectures and other events. The School of Arts and Humanities is committed to encouraging intellectual discovery, critical self-examination, curiosity, and creativity.

What We Like: The most recent graduate survey revealed that 100% of recent Wayne State College graduates were either in graduate school or employed.

The University of North Alabama offers a BA or BS in Political Science that prepares students for careers in government or for graduate studies in policy, politics, government, or law. Graduates of the program get jobs at every level of the government and many receive management jobs at private for-profit companies. The program consists of 36 hours. Required courses include political theory, world politics, comparative politics, political science scope and research, public policy and administration, and United States government and politics.

The College of Arts and Sciences consists of 18 departments that work together to help students achieve their dreams. The school is committed to encouraging innovation, creativity, independence, discovery, research, cultural enrichment, skill, and knowledge. The College of Arts and Sciences is the largest college on campus, with more than 200 full-time faculty members and staff.

What We Like: The University of North Alabama also offers minors in legal studies, international political studies, public administration, and political science.

How Do I Save Money on a Political Science Degree?

A person may just want to look into political science degree options that aren’t the cheapest as well because a person can find other ways to save money on a political science degree as well, or use these tips to save money on the cheapest political science options. For instance, a person can apply for federal and state funding. This financial savings option allows a person to apply for grants available based on income. The grants don’t have to be paid back as long as the person completes his or her degree. In addition, a person can look for private grants that a person doesn’t have to pay back as long as he or she completes by conducting a search for grants.

Will a Certification in Political Science Help My Career?

How Much Can I Make with a Degree in Political Science?

The bottom line, when a person is asking what is the average salary from a political science degree, he or she should understand a lucrative salary is possible.