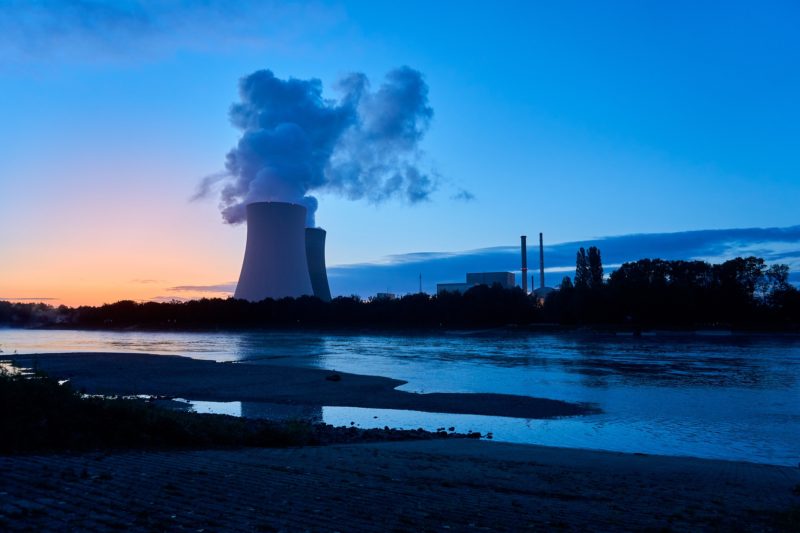 10 Most Affordable Bachelor’s in Nuclear Engineering for 2021

Student loan debt is one of the biggest financial burdens for young people in the 21st century, but there are some potentially rewarding and high-paying careers that require a degree – like nuclear engineering. Because many students today are stuck paying their own way, finding an affordable nuclear engineering program can be crucial for many students who want to go into this challenging and rewarding career.

There are approximately ninety-eight universities and colleges in the United States that offer an affordable nuclear engineering degree program. On average the fees and tuition for state residents are around $11,950 and for out-of-state residents, it would go up to about $34,169 for the undergraduate program and $31,059 for the graduate program. This is really affordable when you think about the money you will make once you graduate and receive your degree. There are multiple scholarships that you can apply for; both from the government scholarship grant and from the school’s internal scholarships. That is another good way to save money on this degree. You can also do paid internships at a power plant and pay for your schooling.

For the most affordable nuclear engineering bachelor’s program ranking, Bachelor’s Degree Center editors selected only legitimately accredited schools. Programs are ranked by their tuition cost, according to current IPEDS statistics.

What We Like: The New Jersey State Library has an affiliation with Thomas Edison State University.

What We Like: It is recognized that the University of Florida contributes more than $12 billion to the economy each year.

The University of Texas Permian Basin offers an affordable nuclear engineering degree program with its Bachelor of Science (BS) degree program in Mechanical Engineering with an academic emphasis in Nuclear Technology. Students enrolled in this undergraduate degree from UT Permian Basin must complete 54 semester units from the nuclear and mechanic engineering curriculum and a total of 126 semester units to graduate. Students who graduate from UT Permian Basin find rewarding work in a government agency, fuel generation facilities, or nuclear energy power plants, to name a few.

The University of Texas (UT Permian Basin) is a member and multiple campus school of the state’s university system that was chartered by the state legislature in 1973. More than 7,550 students attend classes offered by UT Permian Basin.

What We Like: The University of Texas Permian Basin boasts a brand new (constructed in 2019) engineering building at a price tag of $55 million.

Arkansas Tech University is a space-grant higher learning institution that was founded in 1909. The university’s rural campus serves approximately 8,850 students and covers more than 500 acres. The school operates dual campuses in Ozark and Russellville.

What We Like: Several buildings on the campus of Arkansas Tech University are listed with the National Register of Historic Places.

What We Like: Indiana State University offers degree candidates more than one hundred majors, with many programs available through the school’s distance learning platform.

Purdue University is a sea-grant, land-grant, and space-grant school that was established in 1869. The university’s campus in West Lafayette is home to approximately 43,350 students, of which 10,550 are graduate students. According to US News, Purdue University is recognized as the fifth most innovative higher learning institution in the nation.

What We Like: More than two dozen alumni of Purdue University includes American Astronauts.

Augusta University offers a BS in Physics that has an academic emphasis in Nuclear that is considered among one of Georgia’s most affordable nuclear engineering degree programs. Students graduate from Augusta University to enter the workforce in the areas of radiation protection, nuclear medicine, nuclear power, or a number of governmental agencies and applications. Classes for this undergraduate nuclear engineering degree program include nuclear measurements, applications of nuclear science, electromagnetic theory, and thermal physics, among others.

What We Like: The university’s campus in Augusta is situated near the Savannah River in the second-largest/oldest city in Georgia.

The University of New Mexico is the flagship institution of higher education that was founded in 1889. UNM operates multiple campuses in Albuquerque, Rio Rancho, Taos, Los Lunas, and Gallup that serve more than 26,150 students.

What We Like: The Department of Chemical and Nuclear Engineering was created in 1982, nearly a century after the establishment of the University of New Mexico.

The Missouri University of Science & Technology’s Department of Nuclear Engineering & Radiation Science offers a Bachelor of Science (BS) degree program in Nuclear Engineering that is ranked as one of Missouri’s most affordable nuclear engineering degree programs. Students enrolled in Missouri S&T’s undergraduate nuclear engineering degree have the opportunity to become an RO – a licensed Reactor Operator prior to graduating from the program. The Missouri University of Science & Technology offers students several labs from which to work includes the DD neutron Generator or the Advanced Radiography & Tomography Lab, to name a few.

What We Like: The Missouri University of Science & Technology is most well-known for its quality engineering and business programs.

The University of Utah (Utah) is the flagship campus and space grant school that was established in 1850 as the Deseret University by the provisional state known as Deseret – a state that lasted for two years but was never recognized by the federal US government.

What We Like: The University of Utah’s urban campus in Salt Lake City serves approximately 32,650 students and covers more than 1,400 acres.

What Can I Do with a Nuclear Engineering Degree?

With a nuclear engineering degree, you will help in the fight against climate change. This is a huge topic these days. Despite the fact that it is not easy to land jobs for nuclear engineering around the world without a degree, many people are not aware or familiar with the purposes of this branch, so they wonder about nuclear engineering and how they can benefit from it? Nuclear engineering is the science that maintains the main objective of manipulating the nucleus of the atom, which is located in the central part of it and maintains a positive charge, so it obtains 99.999% of the total mass from the atom. This is structured by protons and neutrons linked together by a nuclear bond. You can use your degree to get a job in a nuclear energy plant or a corporation that handles nuclear energy in a huge way.

Nuclear Engineers carry out a research and/or technological development project independently or in groups, on any of the subject areas that was obtained in the degree program. Integrating Project is carried out outside the purely academic field, in research or development groups or in the field of a related company.

Jobs in nuclear engineering, especially if entry level may come with some basic training: Taking into account the high speed of technological changes, intense basic training and the development are the natural starting tools for professional life as a Nuclear Engineer. Nuclear engineers have extreme versatility as it relates to choosing the field of interest. They can easily adapt to new problems and technologies and perform the most diverse tasks within development engineering at home and abroad.

Information management and advanced technology is also a choice in the pursuit of nuclear engineering jobs. You can be a part of the global policy of continuous revision of programs, means that you get to help with the constant innovations of modern engineering after landing one of the lucrative jobs for a nuclear engineer.

How is the Job Market for Nuclear Engineering?

The nuclear engineer job outlook is projected as being in a decline since 2019, but that decline is only 13 percent and other factors have contributed to the decline. In addition, the decline is only affected in companies where natural gas is being sought on a cheaper scale to be used for utilities. The decline does not affect nuclear power plants that have hired and are hiring the largest numbers of nuclear engineers.

Nuclear and Mechanical Engineering careers share some similarities and progressively differ in spaces where specific knowledge of each is acquired. Common to both is the training in Higher Mathematics and the introduction to Numerical Methods; training in Rational Mechanics and Modern Physics; in Solid Mechanics that ventures into the stability and resistance of materials; in Thermodynamics, Fluid Mechanics and derived from all this the study of Energy and Mass Transfer; knowledge of the Materials. Together, they acquire general introductory electrical engineering experience, which not only provides a method, but also contributes to developing a philosophy of work, of posing and addressing problems. So, if you are in the job market and you have both the experience and the education, you stand to do well.

The Nuclear Engineering career involves the incorporation of knowledge of Neutron and Reactor Physics, Radiation Protection, Nuclear Materials and Fuels. Instrumentation and Control are studied from a specifically nuclear point of view and knowledge of Safety and Design and Nuclear Plants are integrated. The nuclear engineering job outlook looks really good for those who have acquired extensive knowledge of both nuclear and mechanical engineering.

How Much Can I Make with a Nuclear Engineering Degree?

Once you have completed your schooling, you can earn a good nuclear engineering degree salary of $61,025, if you have a bachelor’s degree. For the undergraduate certification program, you can earn a nuclear engineering technology degree salary of $63,000. If you have gained experience and decided to become an Architectural and Engineering Manager, then you can look to earn $152,930. For the actual Nuclear Engineer with experience, your yearly income could be as much as $120,700. The median salary as of 2019 was $113,460 per year and $54.55 per hour for a nuclear engineer.